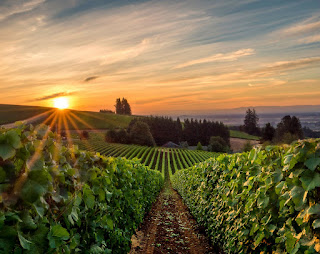 He turned around just in time to see her walk out the door. Their spat had been little, not like most spats. However, he thought this one may be the end of their relationship. So many times, they would break up, only to get back together again. Oh, but wasn’t the making up great. Didn’t it feel like they had just met for the first time.

What was it that made this time different? Was it the look on her face? Or the last words that came out of his mouth or hers? No, it was something else, something so strong, something that felt so lifeless.

He pondered on what to do next. His mind wandered to all the memories they shared both good and bad. Like the time the drove from Napa Valley to southern California down Highway 1. The smell of the fresh air, listen to the ocean waves against the rocks, the coolness of the breeze. Such sweet memories. “Slow down” she would say, “Slow down you are scaring me”. This did not stop him for he was an adventurous sort of man. He loved having his hands on the steering wheel, gripping it and feeling in control, turning to the left and then the right and then the left again, following the curve of the highway.

Then that night they walked on the beach, hand and hand. Listening to the same waves crashing on the shore, the same cool breeze and smelling the fresh air. But now they were safe, no more “slow down you are scaring me” because she was in his arms, feeling safe and secure. He gently kissed her on her forehead, and she murmured. “This is where I am supposed to be”.

He cherished the days like the one where they drove down the coast. If only every day was like that. If only, they both felt content. If only they never had an argument, and all was right in the world. At least their world.

Now the time has come to decide do I chase her or do I let her go. He had a sinking gut feeling that the making up would not be the same. They would go through the motions, mimicking what they had done before, but that was it only motions. No true feelings, each time getting further and further apart. Mentally, physically, emotionally. Again, what should I do? What is she feeling? What reaction will I get from my actions? These were all going through his head.

Popular posts from this blog

April 25, 2021
Summer 1969 Chapter One The Plane                 Although she had lived in five states throughout her life, with the first three by the time, she was eight years old, Laura Ann had never traveled by airplane until she was ten. She had no idea that she would be flying with her sister Susie, until a couple weeks prior to packing for a summer trip in Ohio. She turned ten in March, school ended for the summer in June, and just like that she was in the air flying over the Grand Canyon and eating a tray of airline food. Susie was thirteen at the time, in fact she just turned thirteen a week and a half after school dismissed for summer. She was very mature for her age; however, Laura Ann did not see this as mature, but rather saw it as being bossy. “Of course, since I am the oldest,” Susie stated, “I get to sit by the window.” Laura Ann started to pout, which she usually does, but then the friendly Airline Stewardess smiled at her and gave her coloring book and silver wings lapel
Post a Comment
Read more
January 20, 2022
Going against the waves as They are crashing against my body My mind is so hungry for the normalness of time I move forward, and yet The waves continue to push me back And then to and fro, to and fro Sometimes against my will and other times I Just let it flow Flow around me Forgetting that I do have control But alas I falter and I slide back into the Strength of the waves and the crashing into the shore I become more resilient as I grow and learn and   Become strong against the waves that take over my body and My mind I become strong flowing with the waves to take me Where I need to be and yet I become wise as to which wave is taking from me and which way is giving to me Pouring into my mind is the truth and ability to get through life Good or bad Simple or complicated Joy or sadness Flowing, flowing and flowing not fighting the waves.
Post a Comment
Read more

June 23, 2010
Summertime is here and I have been to a local flea market....I had a garage sales the Saturday before Memorial Day to get rid of the old and bring in the new.....or "new to me"..... I found burlap, a picture frame, window sheers, home decor, three accent pillows to go with the new bedspread in the master bedroom....and much, much more.....I even found a free-standing garden trellis for $15.00, original price was $112.00.....looks great in the garden....I have not decide what viney flower I will grow, yet....All in all I spent $30.00 including the trellis... I am still looking for more window treatments for the master bedroom, but there are more garage sales and flea markets out there waiting for me.....Happy Hunting everyone...
12 comments
Read more

Sandy's Scribbles, Poetry and Prose
Murphysboro, IL, United States
Formerly Beachgirl77,I started this blog when I was 50 (barely) which was over 10 years ago. It has been 38 years since I lived in California, and even though you can take the girl out of California, but you cannot take the California out of the girl, I am ready to redirect my path, my goals and dreams. I have two handsome sons. My youngest is up in heaven, looking down on me, watching over me. I love going to rummage sales, flea markets, antique stores....looking for that wonderful find....I am just getting on the re-purpose, recycle bandwagon, and enjoy being inspired by other blog sites. I obtained my master's degree in public health, hoping to create health awareness and wellness in the community.